Here’s a tip for next holiday season: It’s probably a bad idea to eat leftover pierogies every day after Christmas through the New Year. Maybe this wouldn’t be such a big deal if it wasn’t also coupled with nut roll. And baklava. And buckeyes. And other delicious calories consumed the last two weeks, all of which I do not regret. Well, I regret it a little bit. Approximately ten pounds of it.

I’m not too worried about it, because it’s RESOLUTION TIME! Wooooooo!
The last couple of years, I jumped on board the resolution train. I love lists. I love goals. I love benchmarks. (I love lamp.) The ritual of checking in annually with life and its measures seems like kind of a good thing, like an annual physical. How’s your blood pressure? What did you hope to do last year? What do you hope to do this year?

Top of my list right now is to detox. Brandon and I are planning on doing the Whole 30 again, and I am so excited. My favorite part of the Whole 30 is demonstrating to myself that I do indeed possess self-control, and I am capable of exercising it whenever. For real! No, Swells, you do not need to eat that piece of chocolate, because you have self-control. No, sweetheart, you do not need to drink that glass of wine, because you have self-control.
It will also feel good to fit in my jeans the right way.

Besides trimmin’ up the ol’ spare tire, it’s also been something like two months since the time changed, so I guess I have to stop using that as an excuse not to exercise. Last night, I broke out the Lift Like a Man, Look Like a Goddess book and started Round One again. Boy, am I out of shape or what. What a disappointment to be almost back to square one (I say “almost” because I still managed 20 regular push-ups, which is way more than I could do before *roar*). But this, too, is manageable; after all, I’ve done it before and I know the rewards. What’s there to lose?
In 2013, my resolutions were far less quantifiable than 2012, but I did set the goal of blogging every other week, and I am pleased to say thanks to my daily advent blogging, I wrote an average of once a week. Outside of December, it was closer to three times a month. So, for 2014, I think I’ll aim for once a week again. The MFA thesis is well on its way to looking like something more than a collection of typed pages, and I don’t think it’s an unreasonable goal to write more blatherings like this one in 2014.
Here’s a few more things I hope to pull together in 2014:

I know I said I was done with pierogies in the New Year, but there are a few leftovers from 2013 I hope to maintain in 2014:
I think that’s enough. And, if/when I fall short, there’s always this: 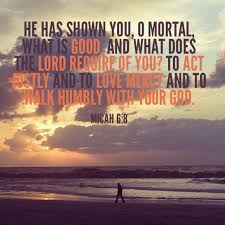