After the MFA program’s summer residency in August 2010 I went to the doctor to find the heartbeat of our sixth pregnancy and found none, again, and this time the sadness is buried in a dogpile of toddler and preschooler on top of me. Lydia is four and Elvis turns three any day and I am 28 and we have been married a full seven years and life has been hard and surprising and full of joy and delight and sometimes deep loneliness even in the presence of many. We hold each other and question whether to ever try to get pregnant again.

After the D&C that week, I drop the children in Sunday School the following Sunday morning and stand in the pew. There were so many days where we were together or apart on Sundays I can’t remember now if you were there, too, husband, or if you are on your way home from some foreign city, working for ESPN again this weekend. As the band sang “Blessed Be the Name,” I shuddered with grief I didn’t expect my body to feel, and Jillian and LeeAnn were there, strength and comfort and presence in this thin space, my fragile space.

On Friday nights after the children sleep I invite these women over for wine and chocolate and cheese, we watch a movie or sometimes we just sit and talk and laugh. On Friday nights, you are with a crew of people who will become your weekend friends from other cities, men who will sustain you in this season on the road. When you return, we continue to know better these people who have become our most needed community. We are learning what it means to parent together, separately. We are learning what it means to be married half the week and single the other half and how to stay married in the midst of it, and the men and women who stand with us are a kind of fortress, a kind of shelter, a kind of shield. 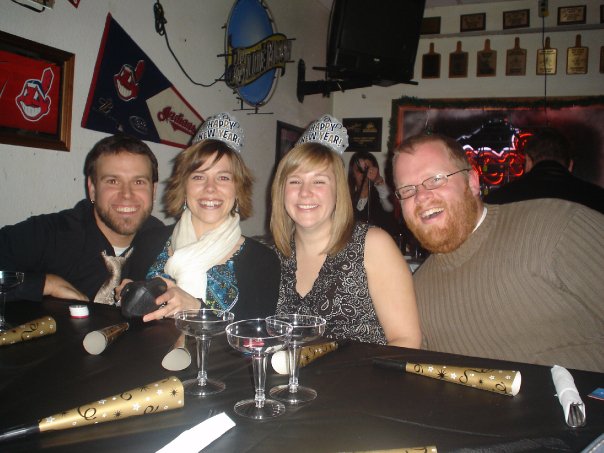 Sarah M. Wells is the author of Between the Heron and the Moss (2020), The Family Bible Devotional: Stories from the Bible to Help Kids and Parents Engage and Love Scripture (2018), Pruning Burning Bushes (2012), and a chapbook of poems, Acquiesce, winner of the 2008 Starting Gate Award through Finishing Line Press (2009). My memoir, American Honey: A Field Guide to Resisting Temptation, and the second volume of devotionals, The Family Bible Devotional: Stories from the Gospels to Help Kids and Parents Love God and Love Others, will be released in 2022. Sarah's work has been honored with four Pushcart Prize nominations, and her essays have appeared in the notable essays list in the Best American Essays 2012, 2013, 2014, 2015, 2017, and 2018. Sarah is the recipient of a 2018 Individual Excellence Award from the Ohio Arts Council. She resides in Ashland, Ohio with her husband and three children. View more posts

One thought on “Marriage: Year Seven”