This is entry #4 leading up to celebrating 15 years of marriage.

When we found out about Elvis, Lydia was six months old and we weren’t even trying to get pregnant (except we were doing everything you’d normally do to get pregnant). Apparently sometimes it really does just happen. Being pregnant with him was so easy I sometimes forgot I was growing a person inside me. And besides, there was Lydia to chase after, Lydia to dote on and dress and show off to the world, her mom and dad’s delight.

While I wasn’t even thinking about being pregnant in the spring of 2007, we applied to jobs and seminaries around the nation, casting our nets in the direction of some calling. We believed that God had a plan for us beyond where we were at and considered stepping out on faith to make a move for seminary without the financial security of any paying jobs, but then an opportunity opened at my alma mater. Which happened to also have a seminary. In the same state where we lived already. Paying more than our combined salaries just for one of us.

Everything fell into place. I started my new job at Ashland in July, coordinated the first summer residency, and worked until the day of Elvis’s scheduled c-section.

Elvis was born at 9:40 a.m. with respiratory distress syndrome, a full-term baby who couldn’t breathe through his underdeveloped lungs. They transferred him to Akron Children’s sometime in the hazy 24 hours after my surgery, intubated and sedated, his situation so tenuous we couldn’t touch him before he left us. In the rows of NICU infants ordered by severity of condition he was in bed #1. We waited and prayed for miracles both medical and spiritual.

I held motionless Elvis in his incubator while the nurse changed his linens. I rubbed my scent into a cloth we placed next to his face. We watched the machines breathe for him, watched the monitors beep, watched as slowly he came back to life, and then suddenly he was in our arms, suddenly no longer fragile, suddenly strong and strong-willed and stubborn and alive. 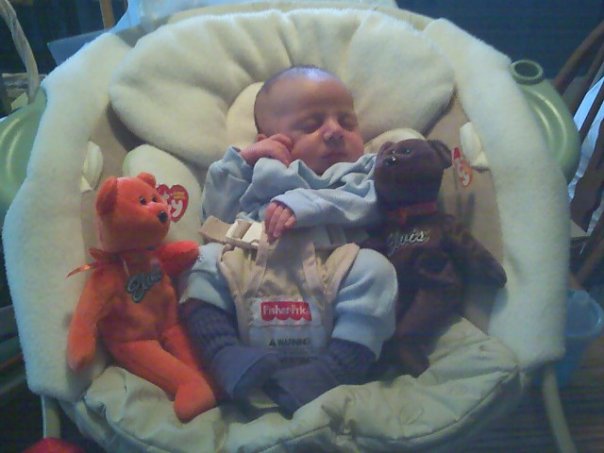 One thought on “Marriage: Year Four”