Back in November, I surveyed the approach of the holidays, the onset of bowl season, the ramping up of my husband’s travel season, and the end to my four-day work-week on an 11-month contract. With all of the calm and clarity of a person anticipating the possibility of another mental breakdown, I sent an email off to my boss and the chair of the department declaring my desire for…no, the necessity of a modification to my contract. Either I work less or I look for another job. Boom.

If life was organized into collections of photo albums like it is on Facebook, then for me, the Spring of 2013 is the cardboard box of photos and negatives that got dropped in a mud puddle and then a toddler crawled inside and crinkled them all up. Every single thing was difficult. A quick peek back around February/March 2013 is funny-sad-bad.

I wasn’t positive that this spring would be different, but I knew one thing. I didn’t want to do that again.

It turned out that Spring 2014 was not the same soggy cardboard box of photos that Spring 2013 was, though when May ended I stumbled out of it feeling a little shocked and surprised.

Well. *Looks around at the lack of wreckage* That wasn’t so bad. That actually went well. Brandon worked more local games, and I think that is the primary reason my head didn’t implode.

There was also the shining beacon of The Future ahead: As of June 1, my 11-month contract at Ashland University turned into a 9-month contract.

After the first month of my new arrangement in which I had anticipated hours of free time spent with my family laughing and dancing in sunlight while Bob Marley sang “Don’t Worry, Be Happy” and evenings cozied up on the couch with my man and my laptop writing the Next Best American Essay Collection, I am here to report that living in nine-month-contract land is not all that it is cracked up to be. 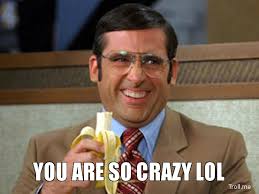 On Wednesday, I was off in nine-month-contract land checking email, because that’s what I do from home when I’m not in the office, and Henry crawled up onto my lap between me and the computer, grabbed both of my arms and held them against his chest. He would NOT let me type. No matter how much I tried to break away, he just wouldn’t let go. He thought it was SO funny, me chuckling and trying to type.
“Now, Henry, let me just… if I can just finish this one thing… Just… Let go, Henry!” I said, for about twenty minutes.
Twenty minutes. That’s how long I tried to do WORK from HOME on an UNPAID VACATION DAY while my son held my appendages hostage against his chest.
Here is the only trouble with nine-month-contract land that I can see, and it’s all my fault: I still feel an obligation and necessity to work twelve months out of the year, to check my email and answer questions, even when I have a new administrative assistant I can delegate things to out of sheer necessity of NO TIME to do all the things anymore. I care a lot about my work, and I want it to be successful.
But Henry wouldn’t let me work, so with a huge exasperated sigh I closed my laptop. This is where it gets really tough. Prepare yourselves for the horror of nine-month-contract land.
I took the kids to the pool.

We swam for a full hour with no pressing deadline to hurry up get out we need to go home to eat dinner and then bathe and then sleep. Normally, if I took the kids to the pool, we would go at 6 p.m. after eating the fastest dinner on earth, swim until 6:30, get out because it takes my children 30 minutes to move from the pool to our car, go home and take the baths that require 45 minutes of undressing and peeing and splashing and redressing, and then FINALLY bedtime. During that stretch from 5 p.m. until 8 p.m., I am in constant forward-thinking mode – hurry up and fill-in-the-blank so that we can hurry up and fill-in-the-blank.
But Wednesday, in nine-month-contract land, there was no hurry up. There was only swim. Okay, you’ve had enough swimming? I guess we should get out then. Ho hum. Tweedle dee. Off we go. Meander and twiddle. Into the car. La dee da. Home again home again, jiggedy jig. At home, I made lunch at my leisure.
Here, kids. Here is some food. Eat when you are hungry until you are hungry no more. The sun peeled back the clouds and the atmosphere warmed up, so, kids, why don’t we go to the spray park? La la la. Off we go. Have some snacks, there’s nowhere to be except here, right here, in nine-month-contract land.

On Thursday in nine-month-contract land, I worked from 7:30 a.m. until 7:30 p.m., and sweetheart, you ain’t seen nothing until you’ve seen me wanting to get all the things done before needing to be out of the office in nine-month-contract land for a week and a half. I am an administrative rock star. I administrate the heck out of work. Projects were zinging back and forth off the walls and into other people’s offices; proofs zooming here, final versions swooping there, to do lists shot through the heart with check marks. At the end of the day, I kicked some checklist butt.

And today in nine-month-contract land, because I have an awesome husband with some fantastic friends, I spent nine glorious hours by myself. First, I left my phone downstairs and woke up when my body was ready to wake up. Ahh, I said, rolling over and stretching, is that daylight I see? Time to wake up, tra la, tra la!
I exercised. No need to look at the clock– there’s nowhere else to be, sister. Just lift your weights. Just run on your treadmill. Then walk back home, because no one is waiting for you, so you don’t need to drive the quarter-mile to and from the gym, there’s all the time in the world. Take as long as you want in the shower. Drink some coffee. Switch a load of laundry. Type a while on the computer. No hurry. No worries.
All of that anxiety back in May about whether or not we could make it on two-months-less pay, and this is what I get? Relaxation and sunshine with my family?
What a waste of emotional energy.

“There is more to life than increasing its speed.” – Mahatma Gandhi