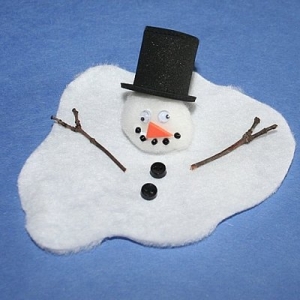 There were a few years after I moved out of elementary school when my younger brothers’ holiday parties had strict rules about the religiosity of the celebrations. Nothing could even slightly echo Jesus’s birth. To be fair, I’m pretty sure it was also a Menorah-Free Zone. Children could make snowmen, snowflakes, and reindeer out of candy canes (although even that was a stretch seeing as people equate candy canes with Jesus, and flying reindeer are co-conspirators with Santa Clause). Not even Santa, that god who keeps his people in line with his naughty-and-nice lists, even he had to sit out of the fun.

This approach to sterilizing the holiday season with its beautiful collision of all the major world religions’ celebrations is a missed opportunity. Because of where I grew up, far removed from nearly every other ethnicity or culture other than my own, I will never see “yarmulke” and immediately pronounce it “ya-ma-cha.” I’m working at training my brain the same way I needed to memorize i-before-e-except-after-c (except in cases of neither and either and sleigh and…), but because my upbringing was so… white… I am lacking the same depth of education in world religions and cultures as I had in math, say, or science.

Unlike my school district as a kid, my son’s holiday program this year was a celebration of light and peace arriving in multiple religious holidays. Our children sang together about dreidels and candles. They sang about Jesus and Mary. They sang Kwanzaa and Hanukkah and Christmas, Latin American traditions too.

Separation of Church and State doesn’t mean obliterate “church” and focus only on “state.” The school system exists to educate, and there are other people in this world, people who are people just like we are people. While it is not my school’s job to teach Jesus is God, it is my school’s job to teach social studies, and our social world is filled with people who believe that Jesus is God and people who do not believe that Jesus is God. How are we to interact with people who believe differently than us if we do not know how they believe? Or that they believe? Or that they exist? How are we to know the truth if we aren’t allowing the freedom to poke and prod at our theories about the truth so that the truth can set us free?

Without this background, people we encounter who are from somewhere else or believe something else or dress somehow different or look unlike us become “other,” and “other” is frightening. They aren’t like us. They must be somehow wrong. Somehow dangerous. Somehow threatening. We remove our own ability to be empathetic, to show compassion, to give mercy.

I wonder how many of my prejudices that I’ve had to work at unlearning would have ever taken root had these various cultures been taught and celebrated. Worse yet: maybe they were taught and I blinked blind and listened deaf, unwilling or unable to take in the existence of some “other.”

Those of us who profess to know Christ and be with Christ ought to behave as if we know him and do what he said.

As the Father has loved me, so have I loved you. Now remain in my love.

If you keep my commands, you will remain in my love, just as I have kept my Father’s commands and remain in his love. I have told you this so that my joy may be in you and that your joy may be complete. My command is this: Love each other as I have loved you.

This is how we demonstrate that God is with us.

Investigate those things that seem to be “other.” Drag doctrines into the light and see how they shrink or shine. What is it that you say you live by? Dig into these sacred texts, excavate and test these words to determine their truth. Be bold enough to question God, whose ego can handle it, I promise. Remember you and everyone else you know is each on some spiritual journey and be patient. Be kind. Be love.